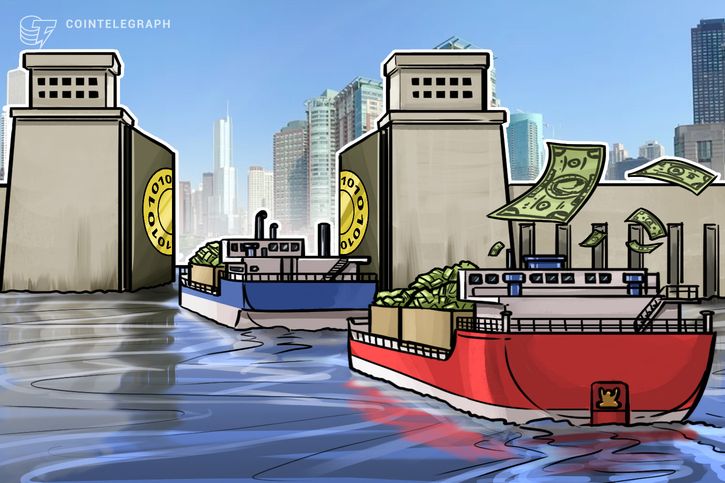 Block.one is the creator of the EOSIO software, a blockchain protocol that aims to support decentralized apps (dApps) on an industrial scale. The protocol’s native cryptocurrency EOS is currently ranked fifth in the world with a market capitalization of $7.1 bln.

Other notable co-investors of Block.one’s latest funding round –– of which the exact total is yet to be revealed –– include two major hedge fund billionaires, Moore Capital’s Louis Bacon and Brevan Howard’s Alan Howard.

PayPal co-founder Thiel is rumored to have invested up to $20 million in Bitcoin (BTC) through his venture capital firm Founders Fund, and is known for being the first outside investor in Facebook. Founders, as Bloomberg notes today, was an early backer of SpaceX and Airbnb.

Thiel is a long-standing Bitcoin bull who has been steadily investing in the crypto space, most recently backing a U.S. stablecoin project dubbed Reserve.

For his part, Wu is the co-founder of China-headquartered crypto mining hardware giant Bitmain, which is said to occupy a 75 percent share of the BTC mining chip market. Wu’s holdings alongside co-founder Micree Zhan are said to be worth a combined $5.3 billion, according to Bloomberg. Last year, Bitmain posted skyrocketing revenues, which eclipsed even those of GPU giant Nvidia.

In connection with his new investment in Block.one, Wu is quoted as saying:

“The EOSIO protocol is a great example of blockchain innovation. Its performance and scalability can meet the needs of demanding consumer applications and will pave the way for mainstream blockchain adoption.”

Earlier this month, Block.one –– which raised a record-breaking $4 bln through its year-long token crowdsale –– announced the appointment of the former CEO of Jefferies Asia, Michael Alexander, as the head of its $1 billion venture capital funding program.

At the time of the appointment, the EOS creator said it planned invest over $1 billion in EOSIO ecosystem projects through its VC arm, and that it had already allocated approximately $700 million through international partnerships.

Notwithstanding this vigorous investment program, a series of controversies over technical issues, account freezings, arbitration matters and RAM speculation have clouded over the project since the EOS blockchain went live in mid-June, bringing up question of blockchain governance and prompting Block.one’s CTO Larimer to radically propose recasting the project’s entire constitution.

EOS is currently trading at $7.95 per coin, up almost 9 percent on the day to press time, evidently on the positive investment news.