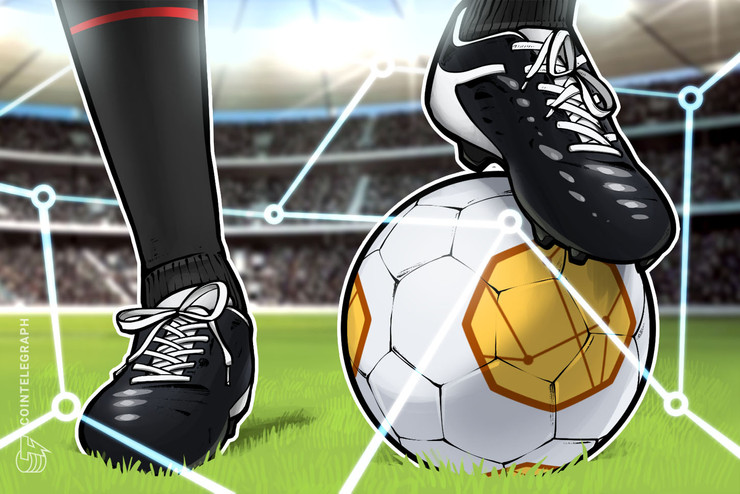 Spanish soccer powerhouse FC Barcelona, or Barca, has teamed up with fintech platform Chiliz to create a blockchain-based token for the sports franchise.

As part of the partnership with FC Barcelona, Chiliz created Barca Fan Tokens (BAR) for use on its social mobile app called Socios, according to a press release shared with Cointelegraph.

“We are really proud to launch the Barca token on the Chiliz blockchain platform,” Chiliz and Socios CEO and founder Alexandre Dreyfus said, referring to Chiliz’s own Ethereum-based blockchain. “This is the ultimate goal and the best confirmation of our long term vision about fan engagement and monetization.”

Several months ago, Chiliz began working on Socios, seeing 100,000 users during beta testing, Dreyfus told Cointelegraph in an email, confirming that the platform is no longer in the beta phase.

Keeping up with the changing times

With technological advancement comes the need for new customer engagement methods, especially regarding FC Barcelona, which is the fourth most valuable sports team in the world, as rated by Forbes.

After receiving the token as a reward for participation on Socios, fans and interested parties can spend the asset on products and events, the press release detailed.

These assets will be priced against Chiliz’ own native token, CHZ.  “Our model is to issue BAR/CHZ, PSG/CHZ, JUV/CHZ, etc. on our platforms,” Dreyfus said, adding:

“Each team issues their own fan token, with a limited amount of supply based on the potential over five years. Barca has 40 million tokens for example.”

Similar to PSG and JUV, FC Barcelona’s BAR tokens were built on Chiliz’s Proof of Authority Ethereum-based blockchain as ERC-20 tokens, with the organizations acting as chain validators, Dreyfus explained.

Users cannot, however, transfer these assets to their own wallets and exchanges, as is the case with other digital assets.

“At this stage, Barca tokens will be only available on Socios.com and Chiliz.net, our exclusive crypto exchange for sports and entertainment tokens to be launched in Q1,” Dreyfus said. “Over time, we will open a bit more to strategic partners who want to grow the ecosystem,” he added. “Our priority is to validate the model toward fans and users.”

Socios plans to enable “casual trading” sometime near the end of Q1 or beginning of Q2 this year, Dreyfus clarified, adding that Chiliz.net — a cryptocurrency exchange exclusively for sports and entertainment tokens announced earlier this year — offers a more trader-centric atmosphere.