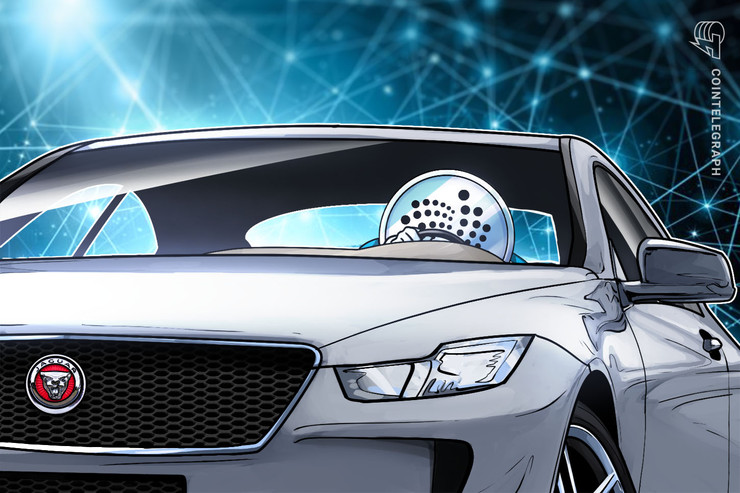 United Kingdom car manufacturer Jaguar Land Rover will use blockchain network Iota to reward drivers with cryptocurrency for data reporting, the companies confirmed in a press release on April 29.

The drivers will then be able to redeem them for various products including road tolls and even coffee, Jaguar says.

“In the future an autonomous car could drive itself to a charging station, recharge and pay, while its owner could choose to participate in the sharing economy — earning rewards from sharing useful data such as warning other cars of traffic jams,” Russell Vickers, a software architect at the company, commented in the press release.

The partnership with Iota forms part of Jaguar’s Destination Zero scheme, which aims to tackle accidents, congestion and emissions within the automotive industry.

Iota has jumped almost 20% in the 24 hours to press time on Monday.

“Our distributed ledger technology is perfectly suited to enable machine-to-machine payments for smart charging, parking and tolls, in addition to creating opportunities for drivers to earn their own digital currency,” Iota’s head of partnerships, Holger Köther, added.

Last week, Cointelegraph reported on how South Korean car manufacturer Hyundai had opted to use blockchain-related technology to pair its electric vehicles with drivers’ smartphones.