Under Fire: Kik Is Gearing Up for a Fight With the SEC 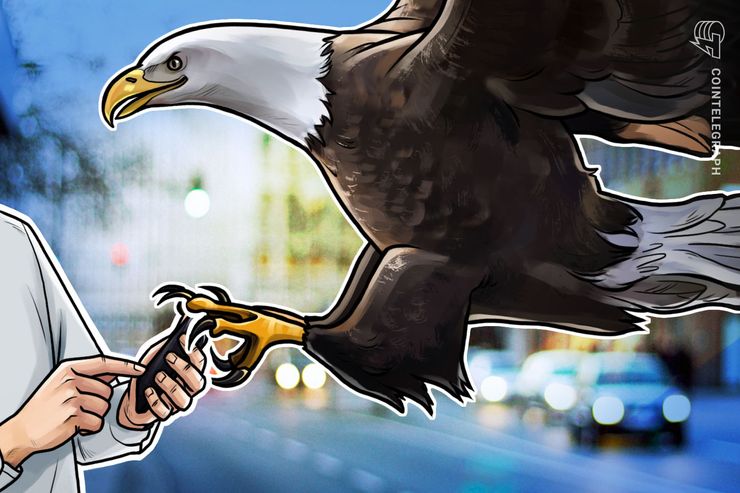 Canadian-based social media startup Kik is gearing up to challenge a proposed enforcement action from the United States Securities Exchange Commission (SEC) over a fundraising initiative in 2017.

The American securities regulator believes that Kik’s Token Distribution Event (TDE) two years ago violated securities laws. The company raised $97 million during its fundraising phase, a princely sum for a platform that has garnered millions of users since its inception.

Following the SEC’s recommendation of an enforcement action in November 2018, Kik was served with a “Wells Notice,” a letter to the company that needs to be responded to in 30 days.

Kik replied to the SEC in their “Wells Response” letter in December, arguing that the SEC’s regulation by enforcement approach has negatively affected the development of blockchain and cryptocurrency in the U.S. and has subsequently led to businesses in the sector either shutting down their projects or moving overseas.

Before we delve into the intricacies of this situation, it is worth understanding what it is that Kik does, how its native token was created and works, and why it believes the SEC’s potential ruling is wrong.

Kik Interactive has been in existence since 2009, following its creation by a group of students at the University of Waterloo. The group was looking to solve a barrier in communication between Blackberry, Android and iPhone users.

Since its initial release in 2010, the Kik Messaging application has garnered a reputation for its privacy features, including its user sign-up process that doesn’t require a telephone number.

The platform identifies itself as the only chat platform built for teenagers — which has also led to plenty of controversy around the use of the app by minors, and the platform’s use by perpetrators of child exploitation.

Nevertheless, the app is extremely popular, with an estimated 300 million users worldwide, according to data from 2016.

Kik’s anonymity and privacy features are extensive, and the company claims that it cannot locate user accounts based on their names, email addresses or birth dates. The exact username used to create an account is required to locate a particular account.

Furthermore, the company does not have access to user content and data like photographs, videos and text of conversations. Photos and videos are automatically deleted shortly after they are sent.

However, its 2017 TDE, which is essentially an initial coin offering (ICO), has brought the company into the spotlight, facing potential action from the SEC.

Two years ago, in September 2017, Kik created its very own native cryptocurrency known as Kin using the Ethereum blockchain. Kin was launched as an ERC-20 token for the initial sale and distribution of tokens.

According to initial reports, Kik raised 168,732 ETH — worth around $47 million at the time — from over 10,000 different users. Institutional investors were able to partake in a presale event, which accounted for a further $50 million, taking the total amount raised to just under $100 million.

The token was intended to be used for in-app transactions, in exchange for goods and services.

Kin’s argument against the SEC

According to Kik CEO and founder Ted Livingstone, Kin meets the standards of a currency, which directly contradicts the findings of the SEC.

In a blog post on Medium on Jan. 27, Livingstone summed up his feelings and shared the company’s Wells Response:

“On page 11 of the 1934 Securities Exchange Act, the very act that created the SEC, it explicitly states that the definition of a security ‘shall not include currency.’ Today you can earn and spend Kin in over 30 apps live in the Google Play and iOS App Stores. Already, hundreds of thousands of people have exchanged Kin for goods and services. Kin is one cryptocurrency that truly is a currency.”

Kik’s response to the SEC is a comprehensive document outlining a plethora of reasons why it is opposing any regulatory action against its TDE and the Kin cryptocurrency.

In short, the company argues that Kin was designed, marketed and offered as a currency to be used as a medium of exchange. Considering this, Kik argues that the token falls outside of the definition of a security:

“Simply put, Kik did not offer or promote Kin as a passive investment opportunity. Doing so would have doomed the project, which could only succeed if Kin purchasers used Kin as a medium of exchange (rather than simply holding it as a passive investment). Accordingly, Kik marketed Kin, not as an investment opportunity, but rather as a way to participate in a fundamentally new way for consumers to access digital products and services, and for innovative developers, and their users, to be compensated for the value they provide.”

Given the focus on maintaining user privacy and trust, Kik recognized that it could not directly compete with larger social media platforms and messaging applications that monetize their business by selling advertising and user data based on an attention-based economy.

To this end, it created a virtual currency in 2014 called Kik Points within the Kik Messenger. The experiment was a success, and for two and a half years, users earned and spent Kik Points on content in the app.

Kik Points were awarded to users for filling out surveys and polls within the messaging app. This was monetized by Kik, which sold Kik Points to advertisers who then paid consumers for answering these polls and surveys.

According to the company, Kik Points generated an average of 300,000 transaction per day, and at its peak, Kik claims its monthly transaction volume was nearly three times that of Bitcoin.

The project eventually came to an end, but the success of the Kik Points system provided the basis for the concept of the Kin cryptocurrency.

The company maintains that since its inception, Kin was promoted as a currency for daily digital transactions, but ultimately as the basis for a new digital economy. Kik also claims that it intended to be a participant in the ecosystem, to ensure a decentralized environment.

The company capped its presale at $50 million to give individual users a fair chance to participate in the token sale. Individual users could only buy approximately $4,400 worth of Kin. Kik noted that more than 50 percent of buyers bought less than $1,000 of tokens, adding further argument against the sale of Kin as a security.

Kik also required buys to pass KYC/AML and Office of Foreign Assets Control (OFAC) regulations in its treatment of Kin as a currency.

KPMG audited the sale, and determined that the funds raised should be treated as revenue in line with sales of inventory. Kik also paid taxes on the sale’s proceeds in accordance with the Canada Revenue Agency’s view that the proceeds were income.

In light of all of this, the company is pleading to the SEC’s commissioners to not take action against it, considering the lengths Kik went to in order to ensure that its token sale met all regulatory requirements:

“If the Commission disagrees with Kik and the Foundation with respect to the central legal issue, it should nonetheless use its discretion and decline to bring an enforcement action. The Company took substantial measures to comply with the law. Further, any action will not only harm Kin purchasers, who the Commission purports to protect, but it will carry the ill effects of regulating through enforcement.”

Watershed case of the crypto community

The crypto community will now wait for the SEC to consider Kik’s Wells Response before deciding if it should carry out creating a recommendation to the SEC commissioners to authorize a case against the company.

The next step is for the SEC staff to take these two documents and decide if they want to make a recommendation to the four SEC commissioners to authorize a case against the company.

In his daily newsletter, crypto industry investor Anthony Pompliano expressed his belief that Kik’s response sends a strong message for the crypto community as a whole to stand its ground when it comes to harsh regulatory measures:

“No one knows what the outcome of Kik’s situation will be. Either way, this will be one of the most important legal cases to watch in crypto. The company is well-funded, well-connected, and you get the sense that they are fighting these potential charges as a way to say ‘enough is enough’ for the entire industry.”

Cointelegraph also reached out to Marc Boiron, a partner at the law firm FisherBroyles, who provided a legal perspective. The lawyer believes that Kik’s response won’t provide any argument that the SEC hasn’t already considered:

“The reality is that the facts underlying the sale of Kin (i.e., private discussion and communications with Kin purchases) will be the determining factor. If the SEC believes those communications involved conveying an expectation of profit, then the SEC will not buy the arguments Kik is making in its submission. Lastly, I think the SEC is beyond the point where it will be lenient with Kik, especially with this public ‘defiance’ of the SEC. Therefore, if the SEC thinks it has a good case, it will not take it easy on Kik just because it was better than other ICO issuers at the time.”

There is no clear indication of how the SEC will react, but Boiron believes a worse-case scenario will be severe for Kik. As Boiron notes, Kik would face severe penalties and would be liable to make a rescission offer to all investors.

It could be likely that the SEC will require Kik to register Kin as a security, which could affect the whole ecosystem of applications that make use of the token:

“The Kin token could no longer be freely transferred everywhere within the ecosystem if Kik is required to treat it as a security as a result of the restrictions that exist with securities. All of this would impact users who need to use the Kin tokens. To the extent the Kin tokens do not need to be used in the Kik ecosystem, then users who do not currently hold Kin tokens will not be significantly impacted.”

As Boiron elaborates further, in the eventuality that the SEC treats Kik with a favorable response and does not take any action, such a move could be a really positive one for the cryptocurrency and blockchain space:

“Undoubtedly, a positive outcome for Kik (i.e., one that involved a court ruling that Kin is not a security) would be tremendously helpful for crypto and blockchain companies. However, there are limitations that need to be recognized. Kik is now, and even at the time of its ICO, had a much more developed product and ecosystem than 99% of the companies that have sought to do ICOs. For example, Kik already had a points system that was pretty robust.

“For companies that are further along in their development, it could provide confidence that they have a defensible position if they want to sell tokens but it would not be wise for less developed companies to rely on the Kik outcome as a comparable situation for them when selling tokens.”